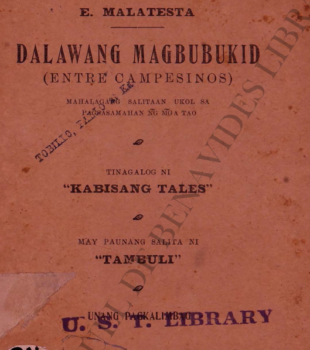 Dalawang Magbubukid is a Tagalog translation of Errico Malatesta’s classic pamphlet, Fra Contadini or as it is known in English, Between Peasants. Fra Contadini is a dialogue between two farmers on anarchism and anarcho-communism. A Spanish translation of Fra Contadini translated as Entre Campesinos was brought to the Philippines by Isabelo de los Reyes, often known as the first Filipino socialist. de los Reyes used […]