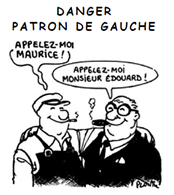 WHAT IS A NATIVE PEOPLE ?

I would like to discuss an interesting communiqué from the French Anarchist Federation (FAF) (June 2009) which values ​​ »… practices based on the Amerindian habits and customs and tradition of direct democracy [which] not are not only developped into the « original » (native) peoples communities, but also expading outside those communities.  » Because « These values are joining some anarchist proposals : autonomy from the state and political parties, collective decisions, federalism. »

Anarchists realize that people in the Amazon rainforest are implementing principles that are dear to them, fine ! Although, contrary to what an unrepentant Westerno-centrism makes them write, it is not the Native Americans who « join us » but we who are getting our bearings : after all, their practices pre-exist a few centuries before the creation of the FAF (and of the CNT-AIT) !

The notion of « habits and customs / traditions » remains to be discussed. Presented as it is, it gives the impression that all this is respectable! But seniority does not make quality, and in the Americas, as in Europe, there is obviously a sort to be done in all the traditions ! Finally, the notion of « original (native) peoples » seems to me to be racialist (if not racist).

Lire la suite » WHAT IS A NATIVE PEOPLE ?